After spoiling the unbeaten record of Marko Nikolic last April in Serbia to win the vacant belt, Sergey Korokhov made a voluntary defence last August 6th in Belfast (Northern Ireland) against unbeaten Padraig McCrory.   MTK GLOBAL and Jamie Conlan promoted the show at the Falls Park.   Gorokhov was stopped in round five when a cut on the bridge of his nose was considered too severe.   He had suffered a knockdown the session before.   Padraig McCrory improved to 12-0, 6

Taller Padraig McCrory (Northern Ireland) was a clear winner.   Gorokhov started the bout attacking from the first bell and did not change his strategy for the rest of the fight.   Thanks to the best physical and technical ability, the challenger was able to avoid the outbursts coming from the defending champion by taking the measure off with a step back and replying with good shots of discrete effectiveness.   His left worked well, with good timing and right hooks.   That was actually the right weapon which made the challenger to clearly take a lead.   The fourth was scored 10 8 as the champion suffered a knockdown.   From a close exchange, the Russian came out with a nose wound (bloody swelling in the septum).    The doctor, consulted by ref Ian John-Lewis, adviced the round could continue.   Aware of the disadvantage, the champion did his best with a great heart.   With lucid intelligence, McCrory had knocked the champion down with an excellent right uppercut in the fourth.   Beating the regular count, Gorokhov ended the round with further difficulty.   Halfway through the fifth, the referee, noticing the aggravation of the wound, stopped the actions again and, with the advice of the ringside doctor, definitively called the fight off and declared the local boxer the winner by TKO5.   Padraig McCrory showed good ring  ability  which made him a worthy new champion.   It is to be recognized that Gorokhov tried to make the fight since the beginning with his usual generosity, rarely achieving good results with clean and effective shots to the useful target. 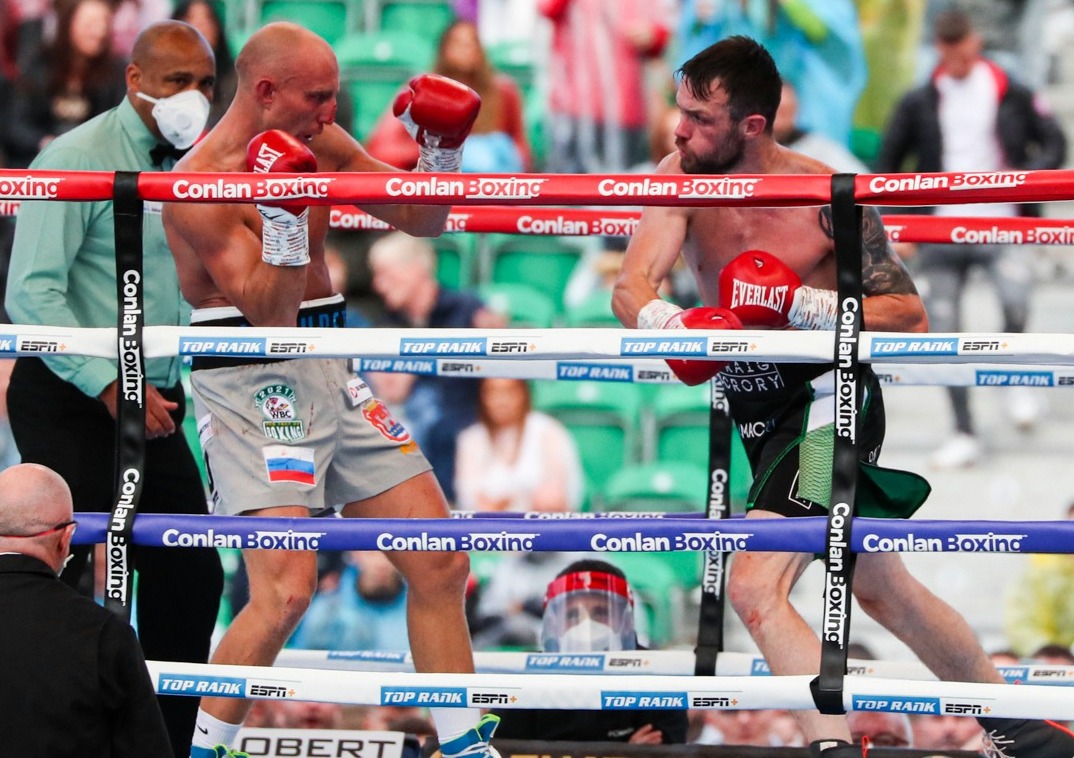 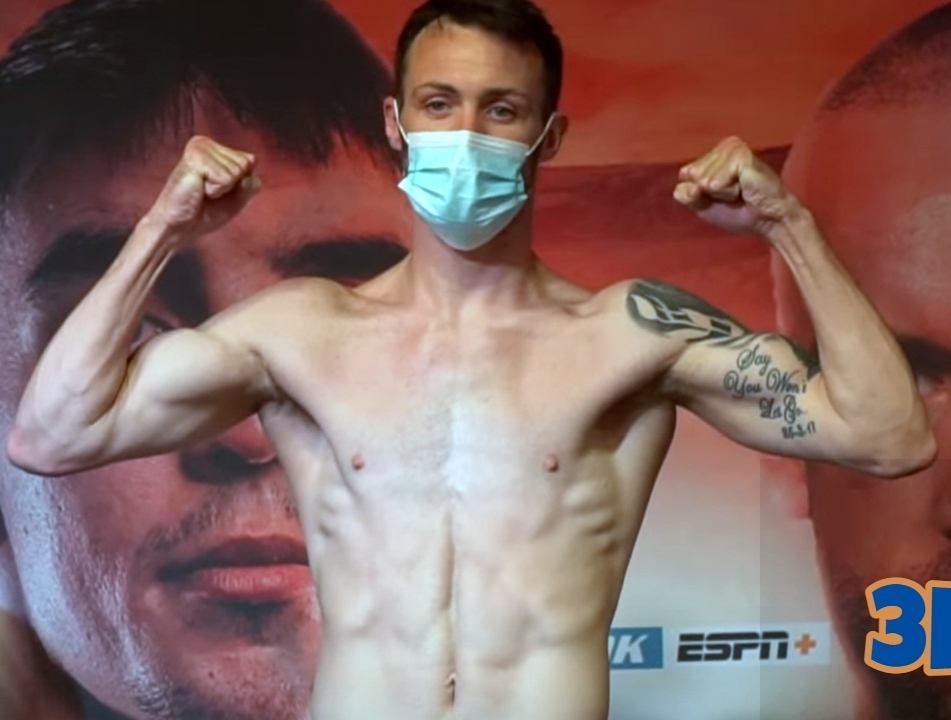