Current WBC International 154 lbs champion Juan Carlos Abreu has been reported he will defend his belt next August 12th against TBA in his country.   The championship to be promoted by Raymond Mota in La Romana (Dominican Republic)

Huge upset in London as WBC International SWweight champion Tursynbay Kulakhmet (Kazakhstan – Wbc #18) lost his title by KO to Juan Carlos Abreu (Dominican Republic).   The southpaw champion had things initially going well as he dropped Abreu after 1’51” of round two.   But, the Dominican visitor had no intention to show a white flag and recovered well.   Round four was well fought by both contenders, with Abreu who suffered a little cut from an accidental headbutt.   In round seven Abreu dropped the champion after one minute.   A very clean knockdown, with the champion beating the count but still in trouble.   The end came at 1’32” of round seven with Abreu dropping again Kulakhmet face first.  Referee Victor Loughlin did not start the count and ruled it as a KO.  The fight last year in London. 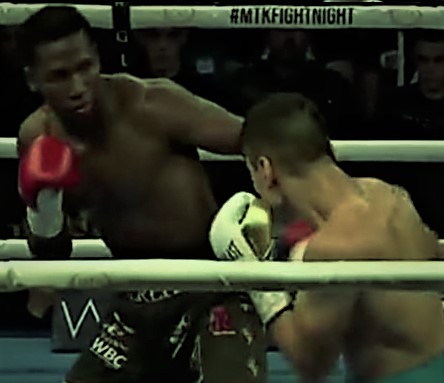 Julian Williams vs Hugo Centeño ended in round four  with  a Tech Draw with no winner.  The title remained  vacant after the fight .