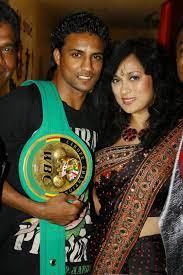 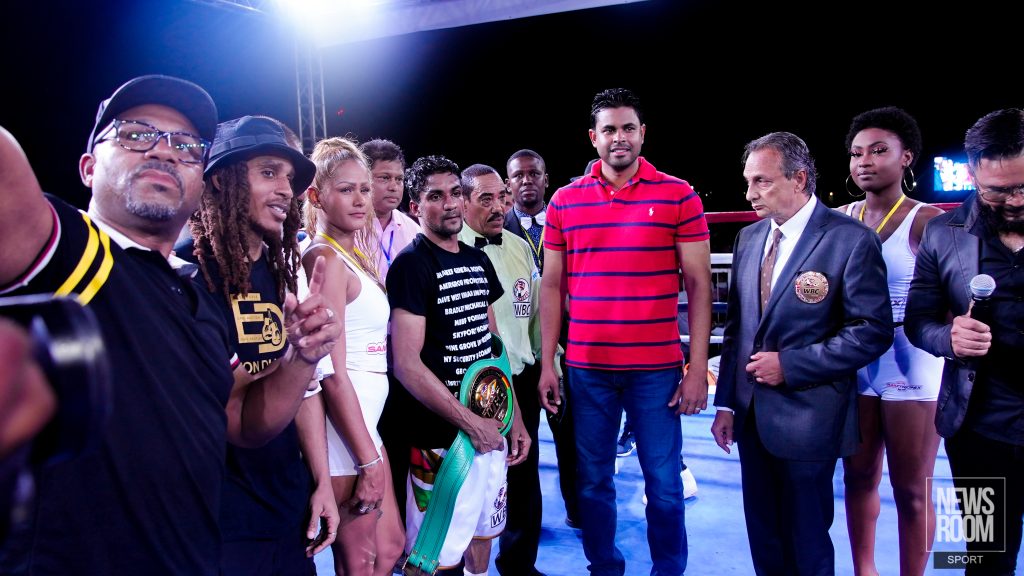 With the full backing of a massive crowd that included President Irfaan Ali and Sport Minister Charles Ramson Jr. viewing from ringside, Guyanese Elton Dharry survived a brutal final round attack from Orlando Peñalba of Panama to win the WBC International Super Flyweight title by Unanimous Decision.   The main fight on the ‘Road to Redemption’ boxing card on Saturday night ended before a heavy downpour cut short the celebrations of the partisan crowd, who earlier in the evening had to take in homeboy Dexter Marques’ defeat to Gilberto Pedroza, also of Panama.

Elton Dharry was leading the contest at the end of the fourth and eighth rounds and Peñalba then needed to do something special to secure the win.  Sensing he needed a knockdown to win the belt, the visitor went on the offensive from onset of the 10th and final round, forcing the US-based Guyanese to take evasive action.    Such was Peñalba’s onslaught that Dharry dropped to the canvas on three occasions, throwing the Stadium into silence.  But, he rose back to his feet on every occasion and even managed to land a few telling blows at the tailend of the contest.   Elton Dharry is now the WBC International champion at 115lbs. 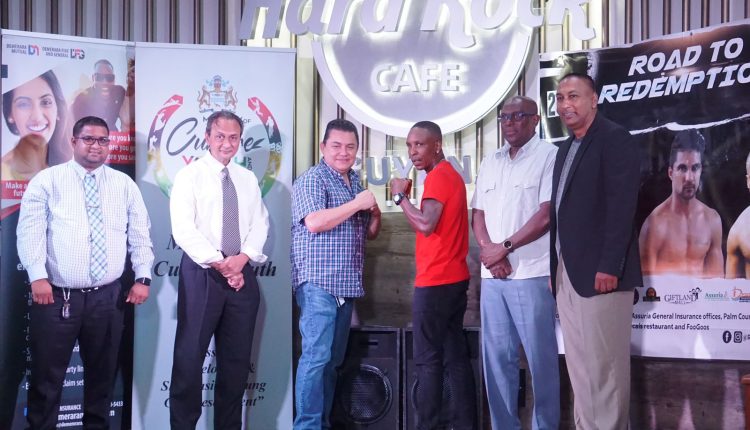 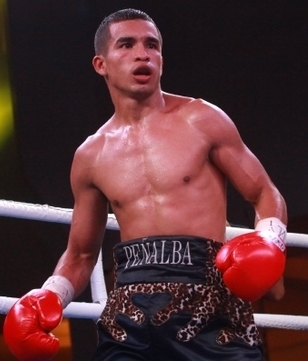 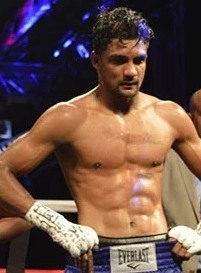 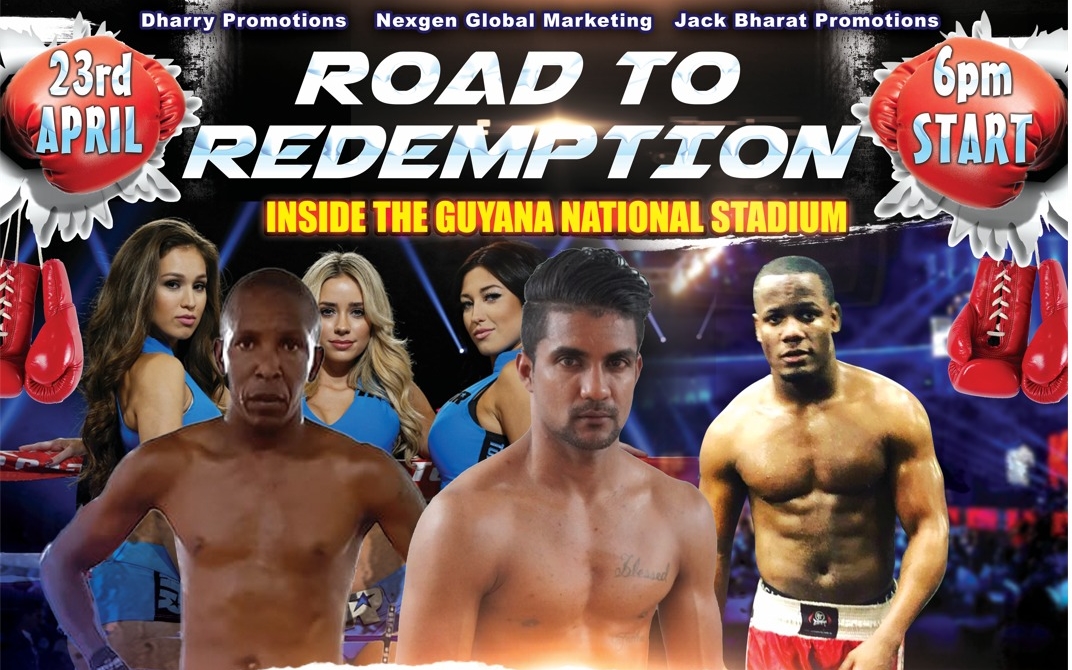 Former champions in this weigh class