2020 Olympic Gold medalist from Birmingham (England) Galal Yafai made quick work of Philadelphia’s Miguel Cartagena, forcing a stoppage after two rounds to retain his WBC International Flyweight crown.   Cartagena’s cornerman informed the referee that enough was enough at the end of round two during the one minute rest before round three could start.   The championship was on Saturday evening April 30th at Madison Square Garden in New York City.    Cartagena was down in round two (about 45 secs to the end of the session), but referee Harvey Dock correctly ruled it as a slip. 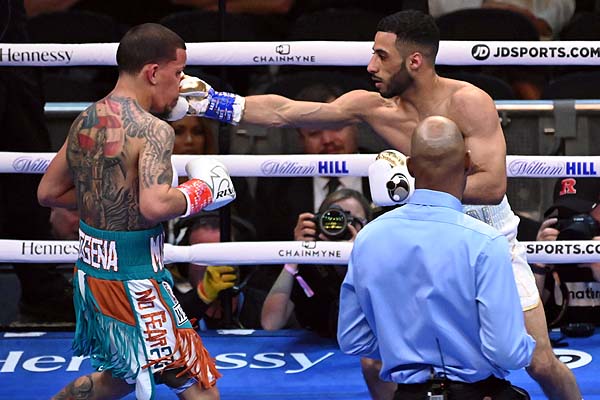