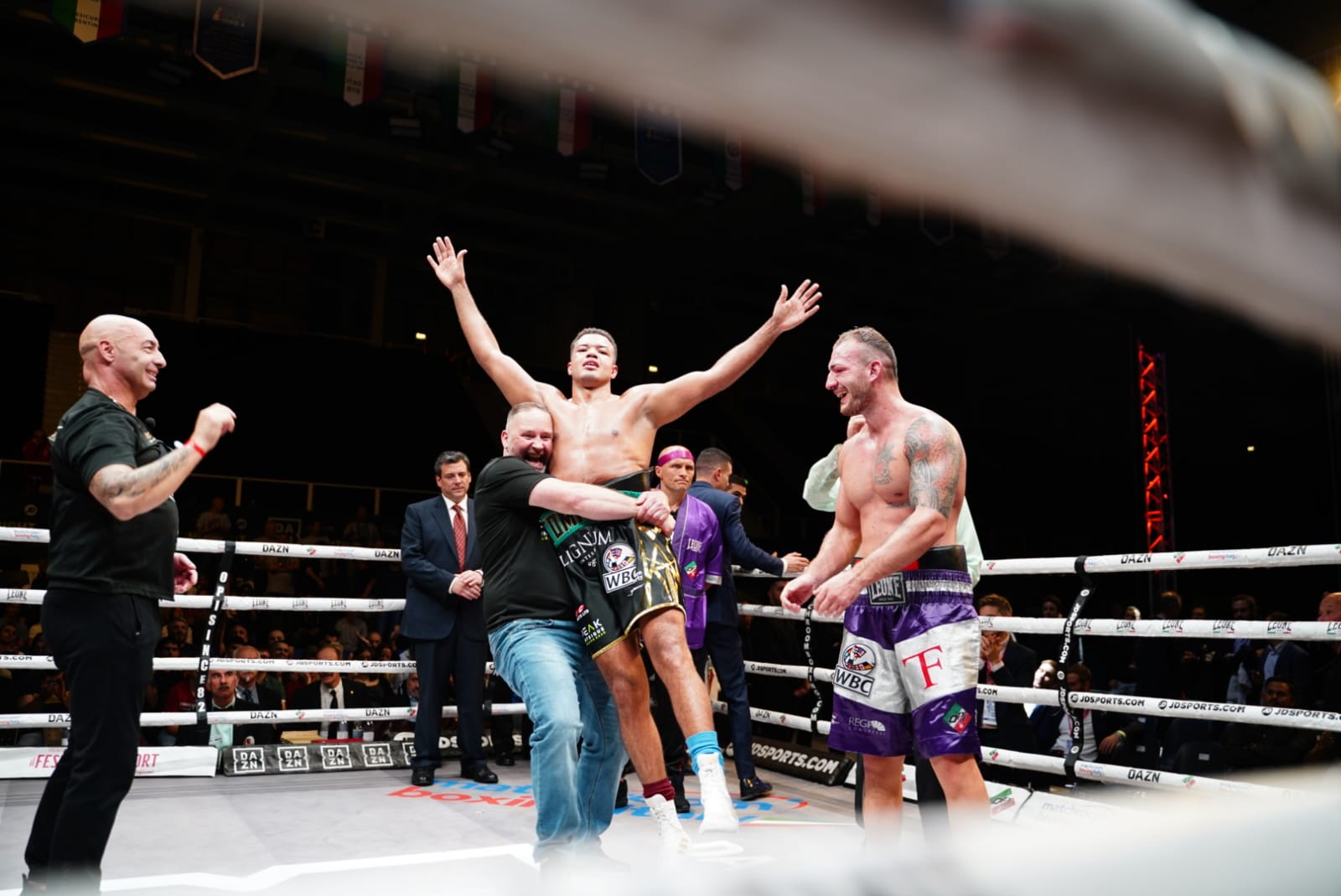 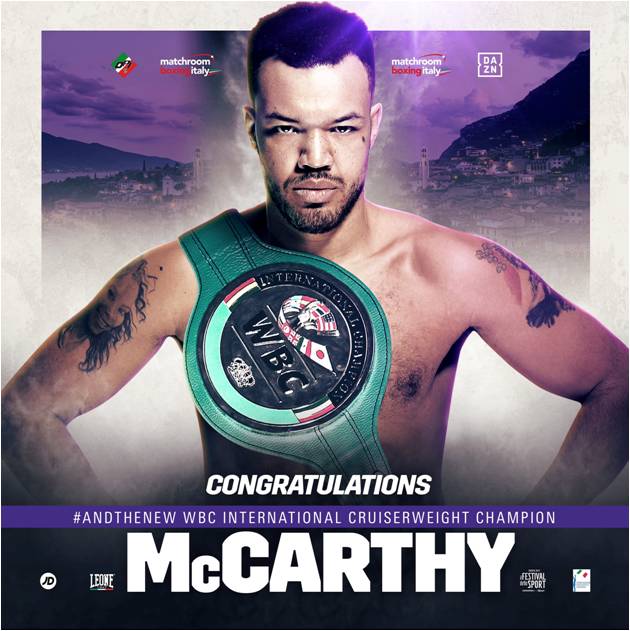 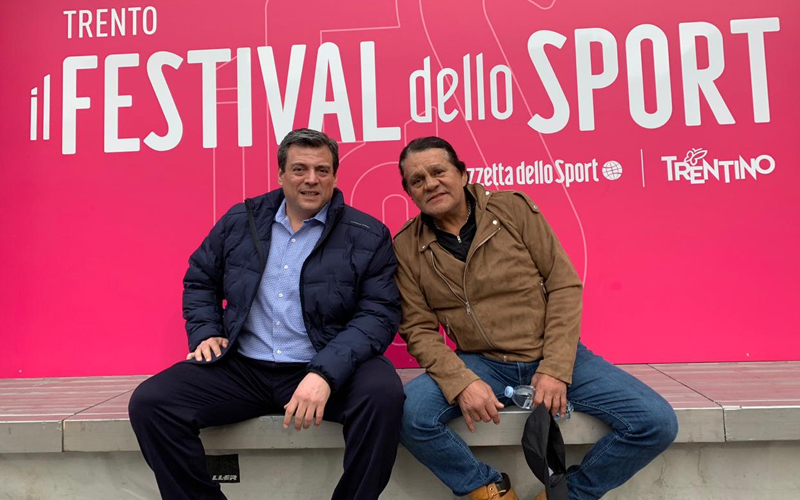 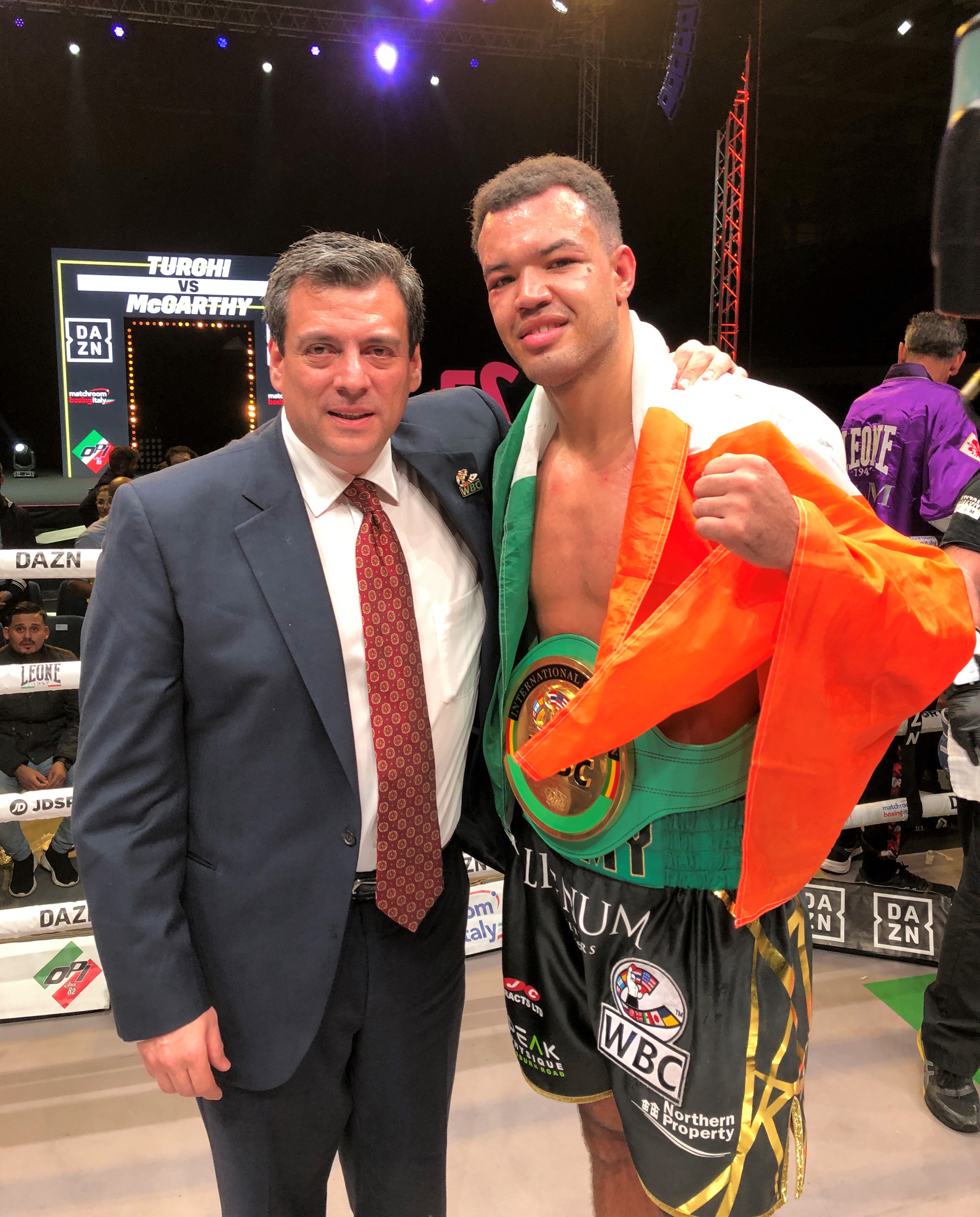 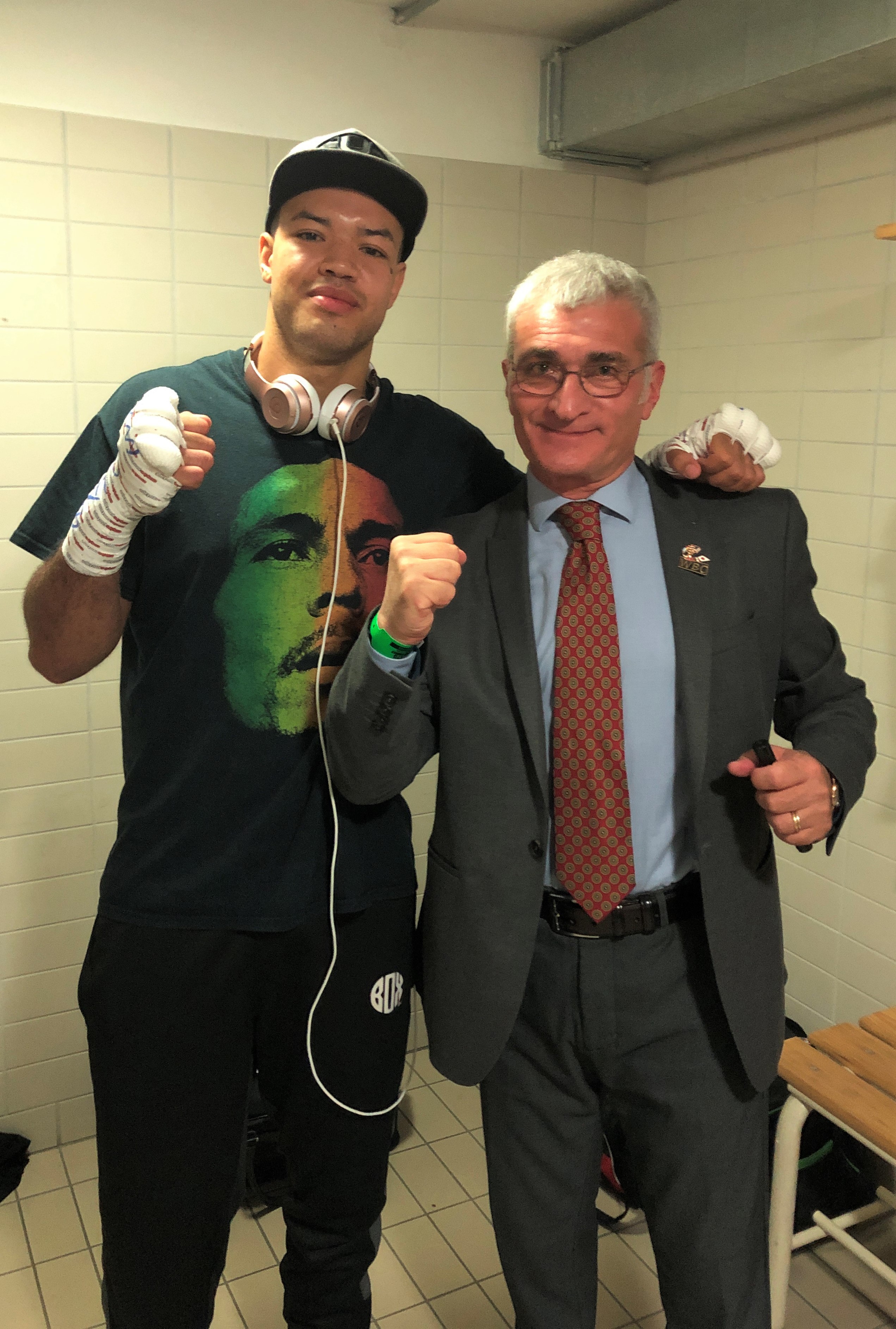 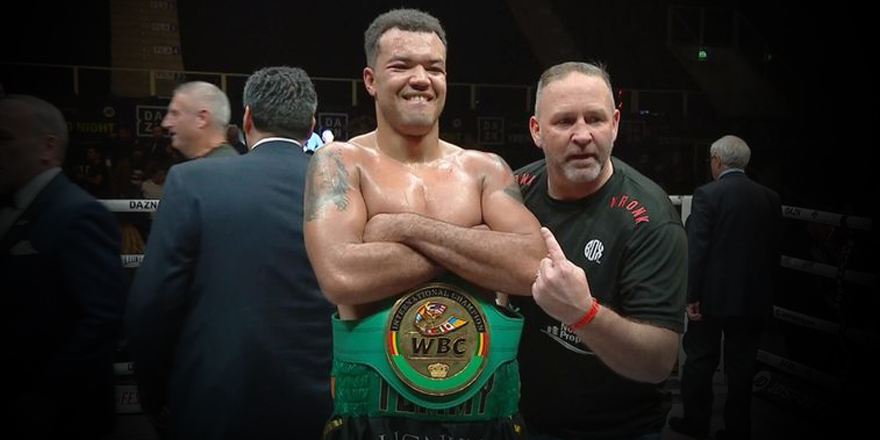 Irish Cruiserweight Tommy McCarthy dug deep to record a split decision victory over Fabio Turchi in Trento, Italy.   He wiped out Turchi’s previously unbeaten record with scores of 116-112, 112-116, 115-113 to claim Turchi’s  WBC international cruiserweight crown.   In a tentative early round Turchi appeared rattled with McCarthy landing a powerful right which stumbled the Italian, in an otherwise cagey opener.      However, ‘Stone Crusher’ survived the early scare to largely dominate the early proceedings, forcing McCarthy onto his back foot.   Turchi was continuing to land to head and body, although his foe kept him in check with stinging counter punches in rounds three and four.   McCarthy began to find a rhythm responding to Turchi’s combinations with a big right hand of his own in round six.   Both men continued to meet fire with fire and a clash of heads in round seven left Turchi with a huge cut above his left eye.   It was seen at the instant replay by President Mauricio Sulaiman to be an accidental headbutt.   The WBC rules was applied and the uncut boxer (McCarthy) was automatically deducted one point.   The visitor was growing in confidence as the fight progressed.    The home favourite admirably soldiered on despite his left eye completing closing in round 10, following instruction from the ringside doctor that he could continue.   The final two rounds followed suit of the previous rounds, with both men letting their hands go with vigour as the fight went the distance.   Turchi appeared bruised and battered as he awaited the judges’ scorecards, but McCarthy without really a mark on him claimed the biggest scalp of his career on a split decision.   The Irishman made it two successive wins in Italy following his victory over Francesco Cataldo in July  (this fight between Turchi and McCarthy was actually to take place last July in Rome, but Turchi suffered an injury days before and the championship was to be postponed).   McCarthy is firmly back in the mix at an exciting level and is expected to face a British rival perhaps before the year is out for a title defence.   Turchi will certainly be back because he is young and strong. 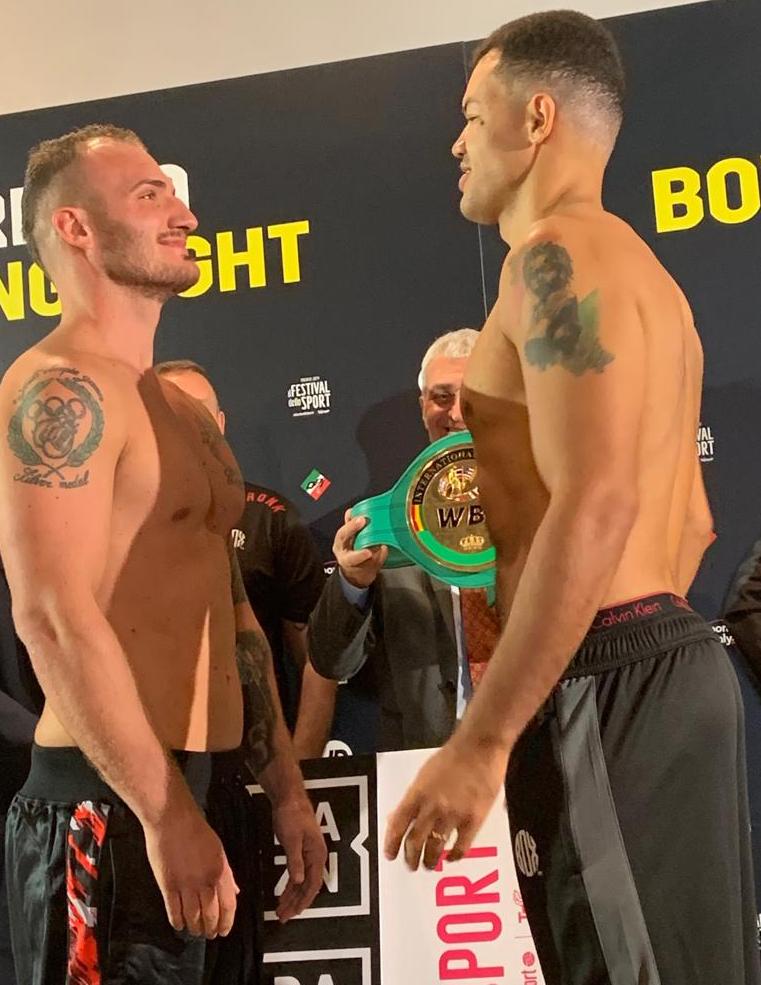 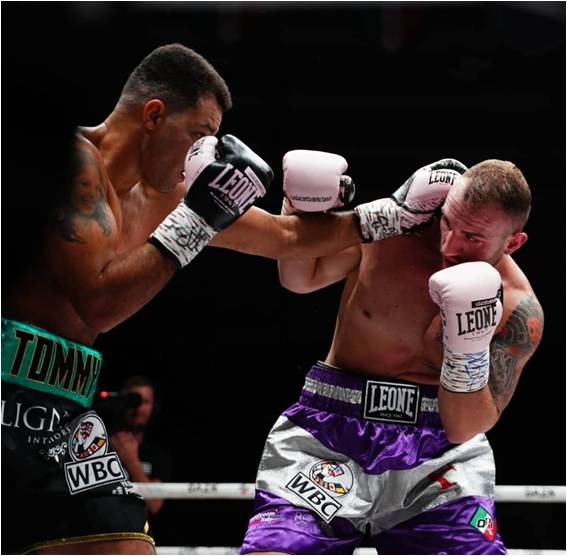 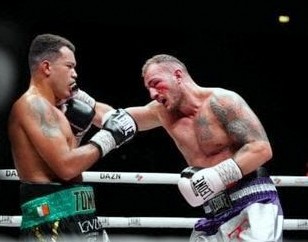 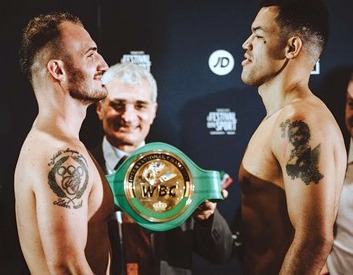