The pandemic had caused a strict lockdown in Germany and this is why Nick Hannig could not make a title defence since he beat Ryno Liebenberg.

Champion Nick Hannig lost his WBC International LHweight title last May 21 in a show promoted by Alexander Petkovic in Belgrade (Serbia).   The German promoter had to move the championship from Germany to Spain and finally to Serbia due to the pandemic.

Nick Hannig (Germany) lost his WBC International LightHeavyweight title by SD10 to unbeaten Ralfs Vilcans (Latvia) .   It was a good fight which Vilcans eventually deserved to win in a close contest.   There might be a rematch coming up after next Summer. 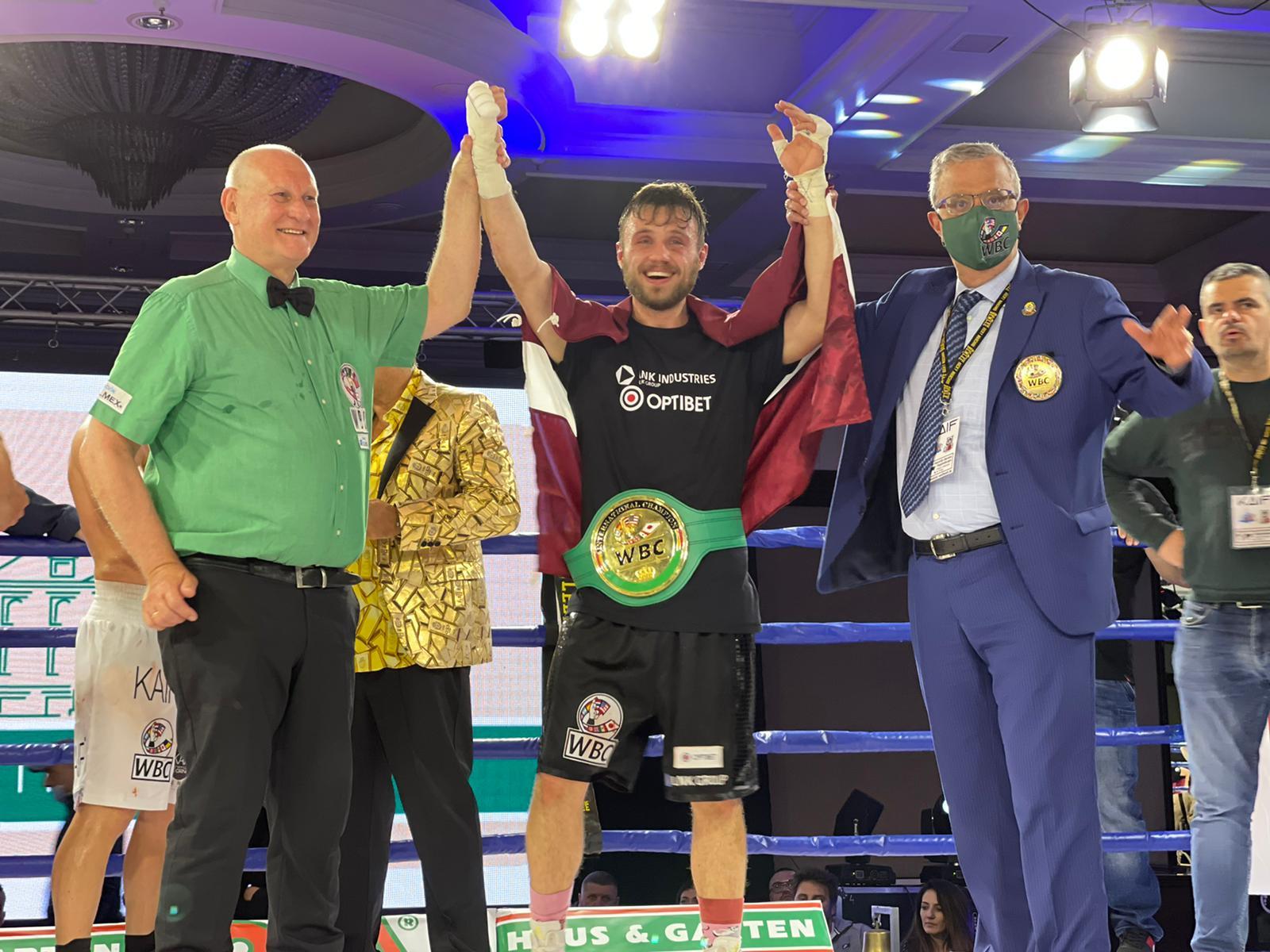 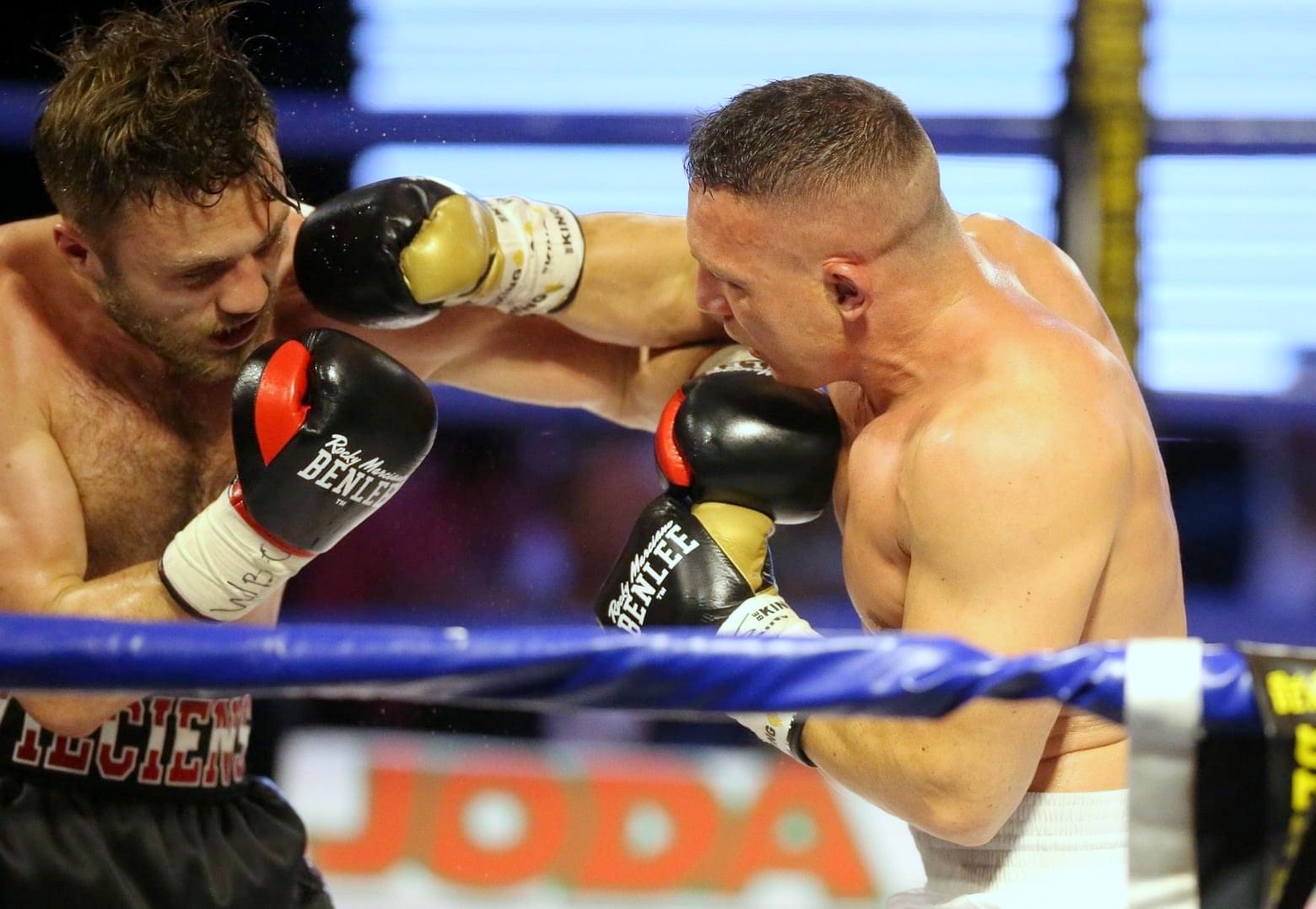 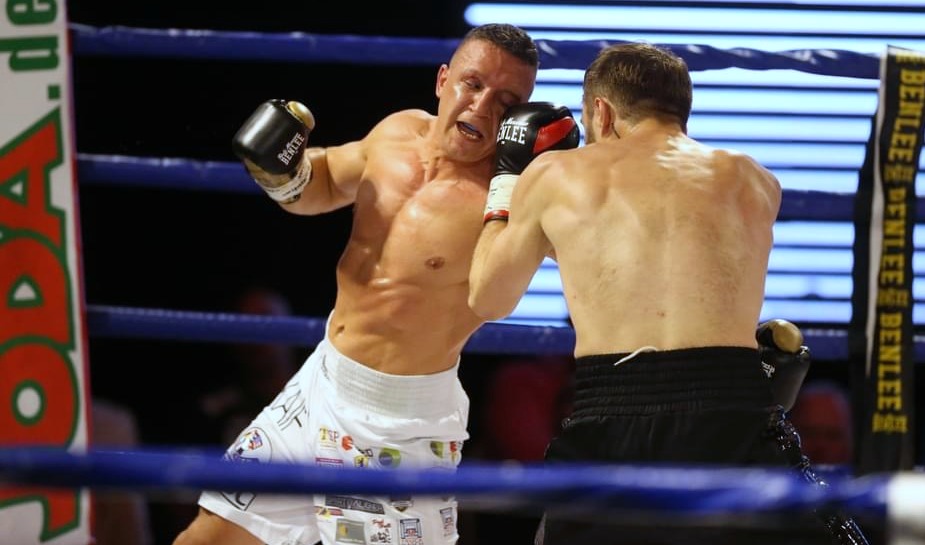 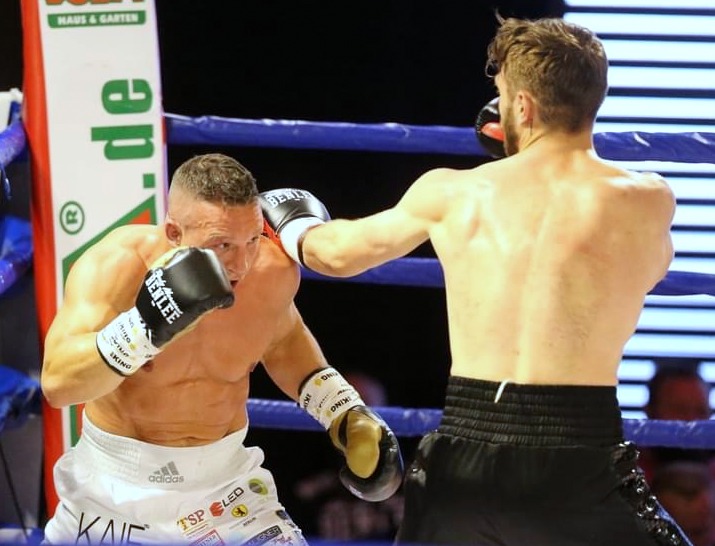 The two fighters had complied with the official weigh-in the day before
Ralfs Vicans scaled 78,4 kg  –  Nick Hannig  79,100 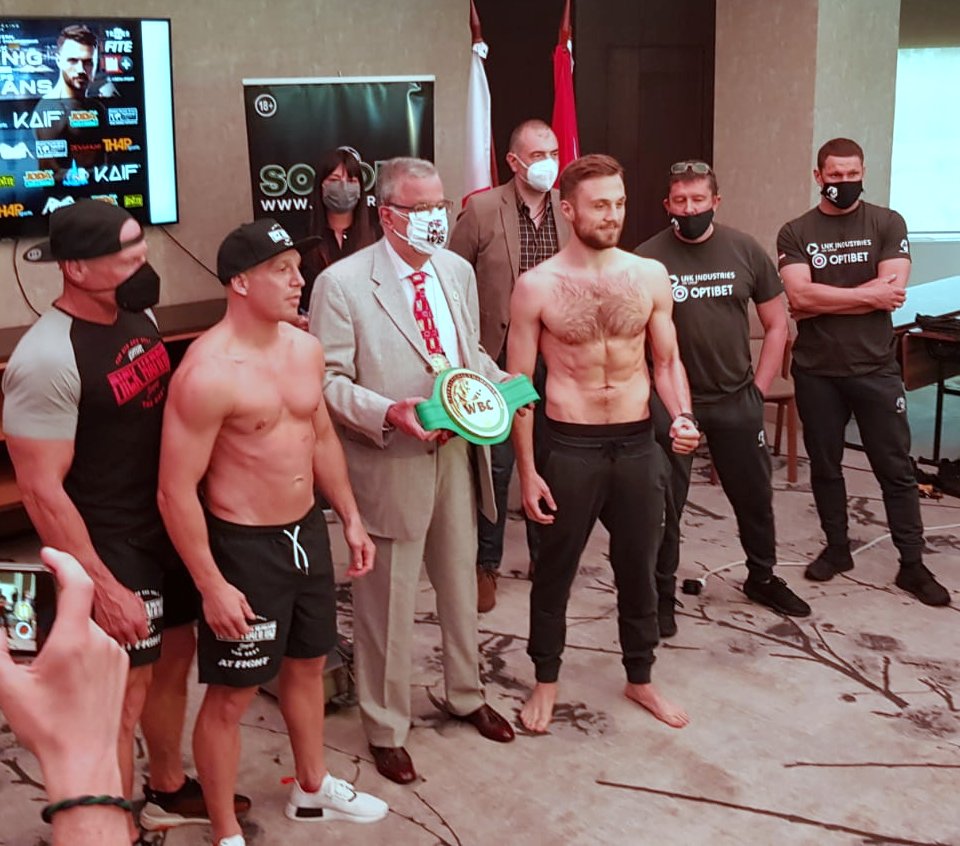 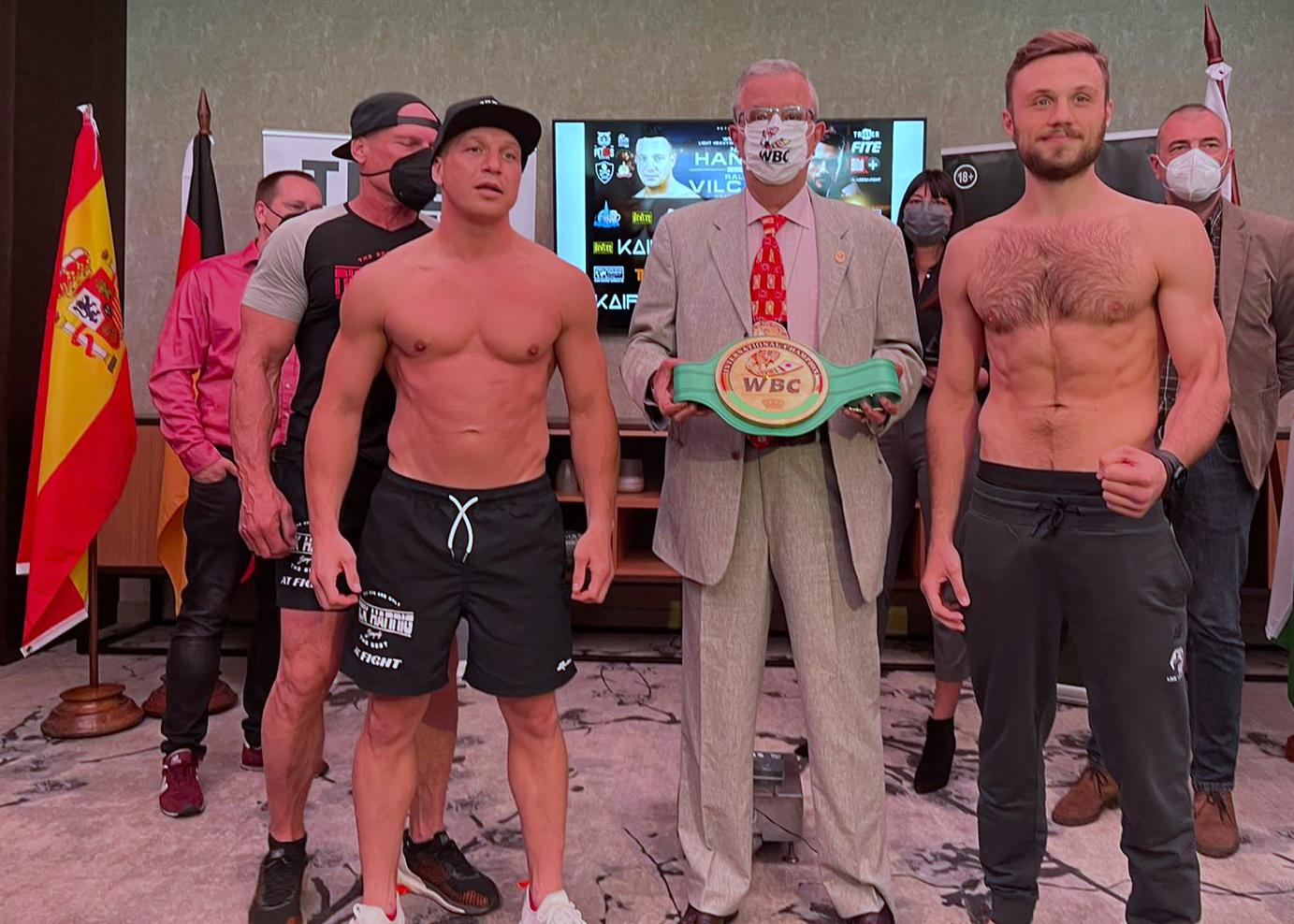 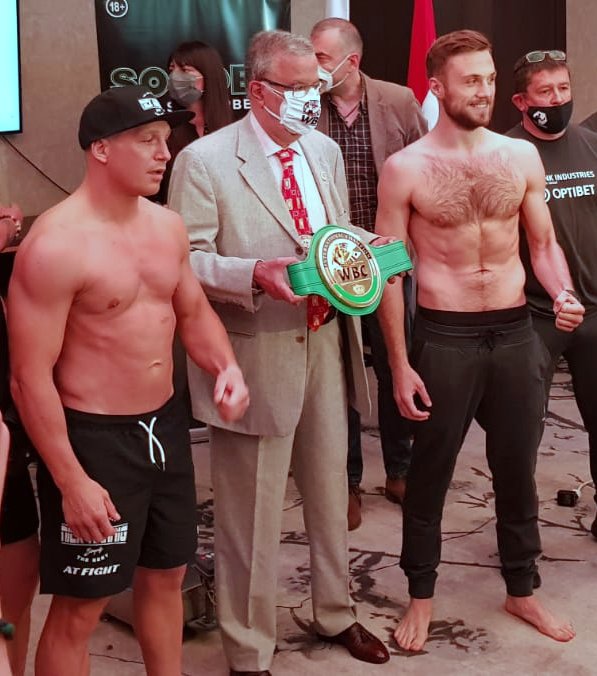 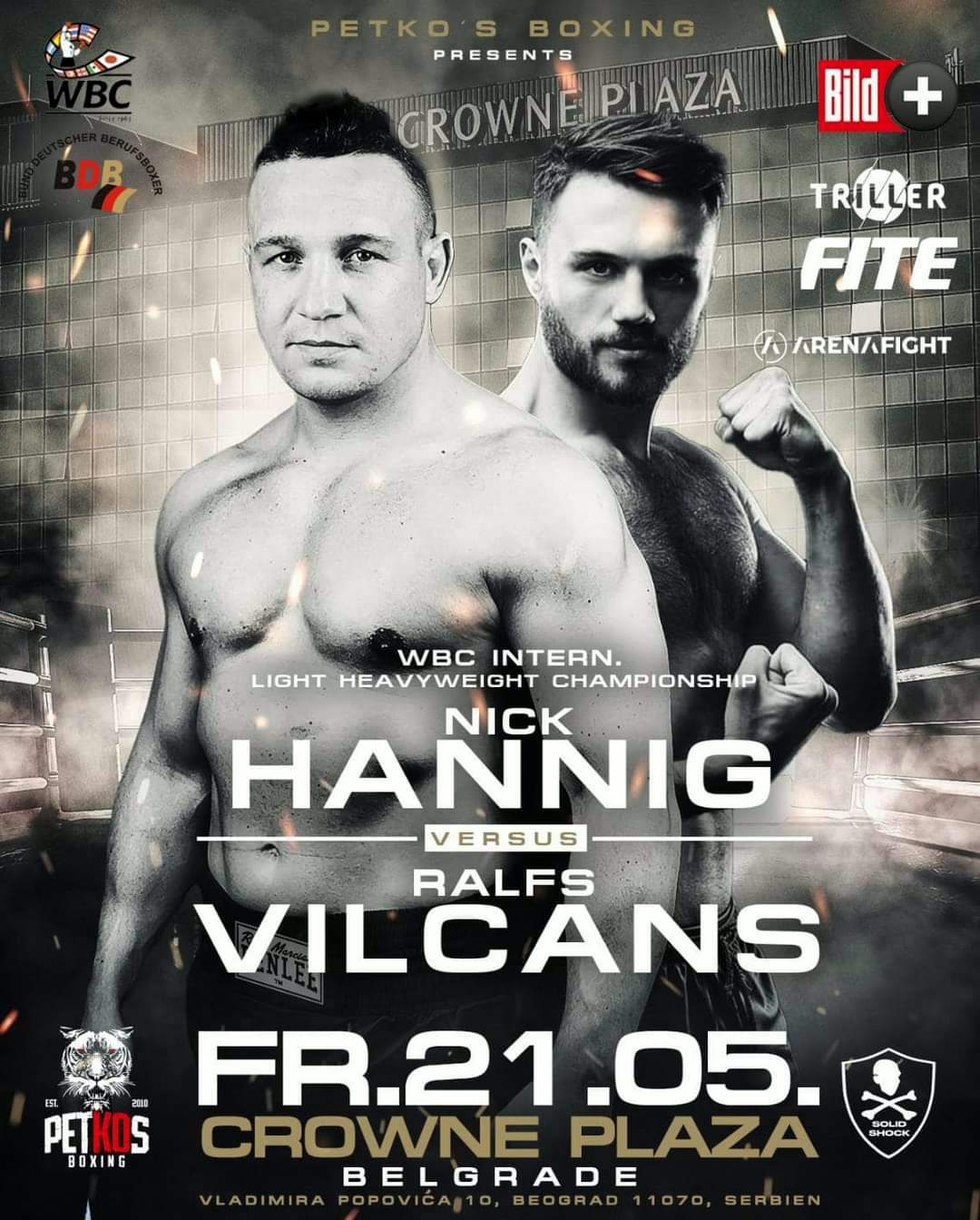 The following report is about Hannig’s title defence against Ryno

Another war in Berlin between defending champion Nick Hannig (Germany) and Ryno Liebenberg (South Africa).  The final result was a UD12 (115-112 twice and 114-113) win for Hannig who retained his belt.   Obviously, there can be no peace in a fight between Nick and Ryno, as this was a rematch of last July’s first war which ended in a majority draw 12.   Again, a battle to the last blood with the final dramatic actions and the champion who found himself on the edge of the abyss in the last 20 seconds.  Twenty-one seconds to the end of the last round Ryno connected well enough to have the champion with stiff legs but still on his feet.   Ryno pressed the action in his attempt to knock the champion out.   An intermediate stop by referee Jürgen Langos for a rabbit punch by Ryno caused the protests of the South African corner.   Seven seconds to the end, Nick was counted on his feet but with the ropes preventing him from being dropped.   At the end of the regular count it’s all over.   But, what a drama for Nick in the last round.

Nick and Ryno can fight again ten more times and there will always be battles between them and we will always have to deal with controversial situations.   Everything is due to the peculiarities of the two brave and reckless boxers. 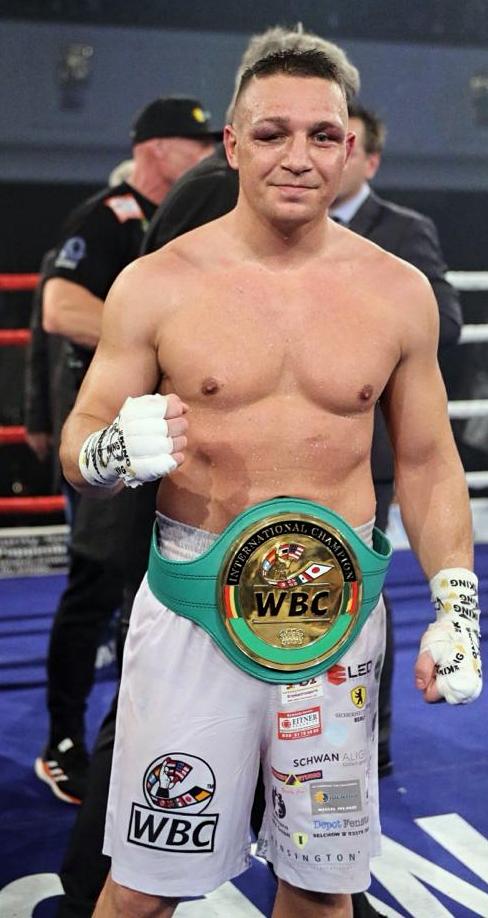 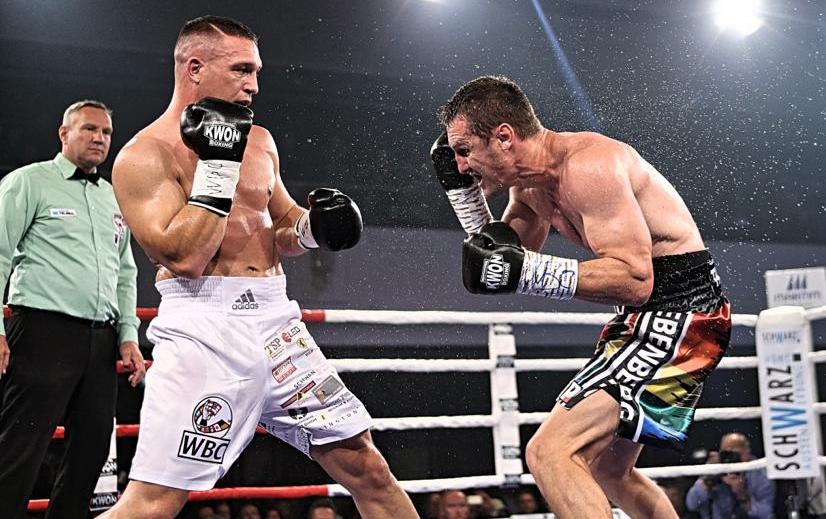 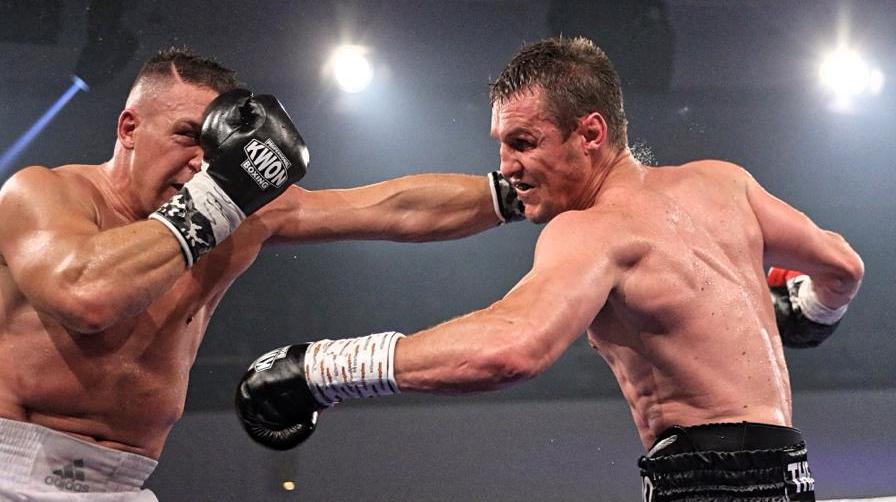 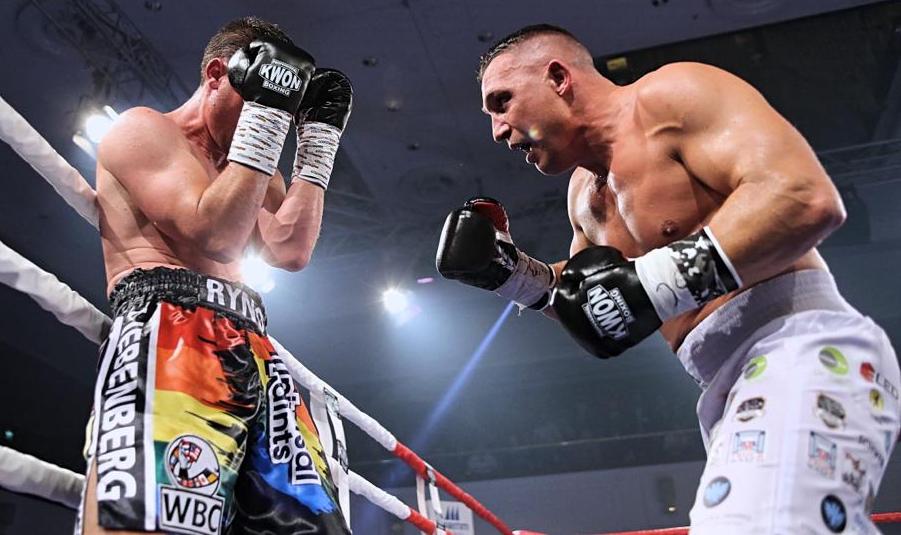 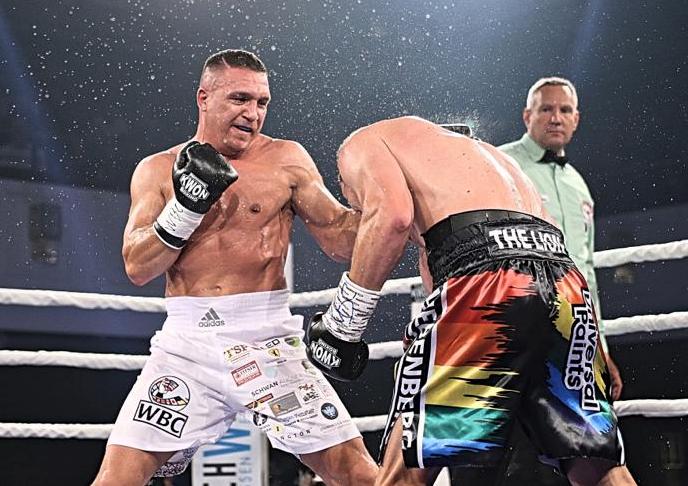 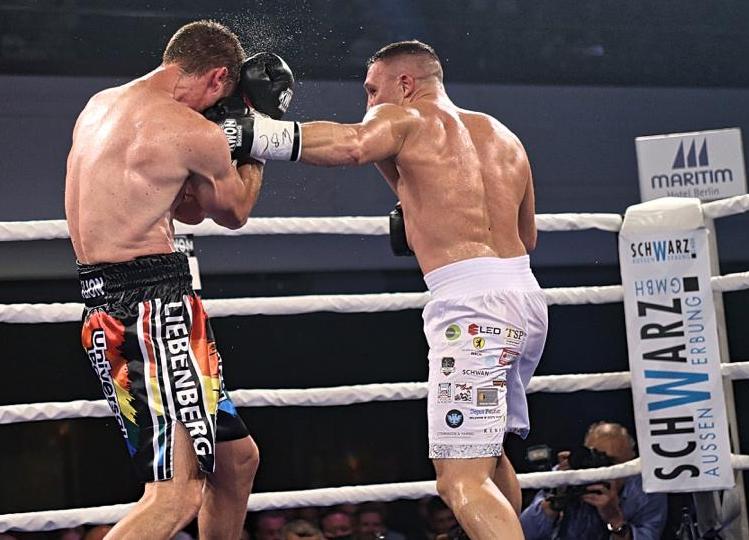 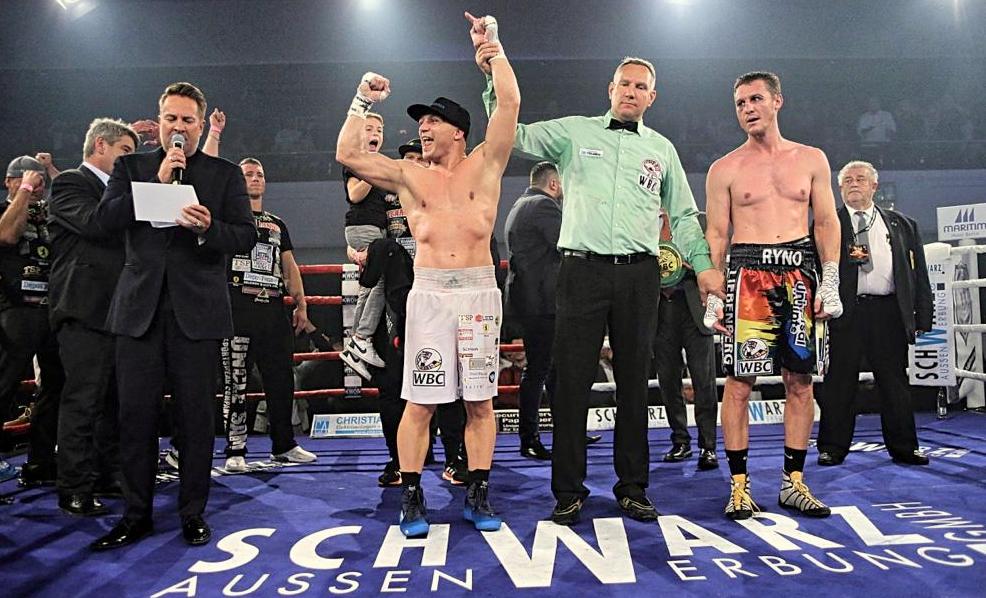 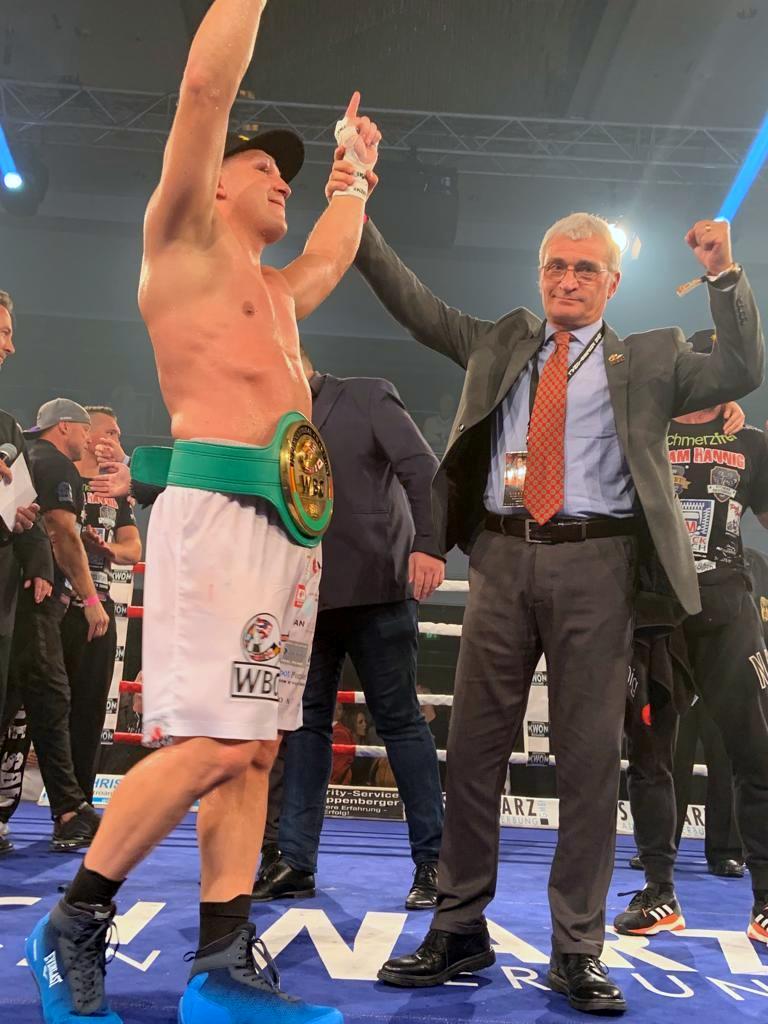 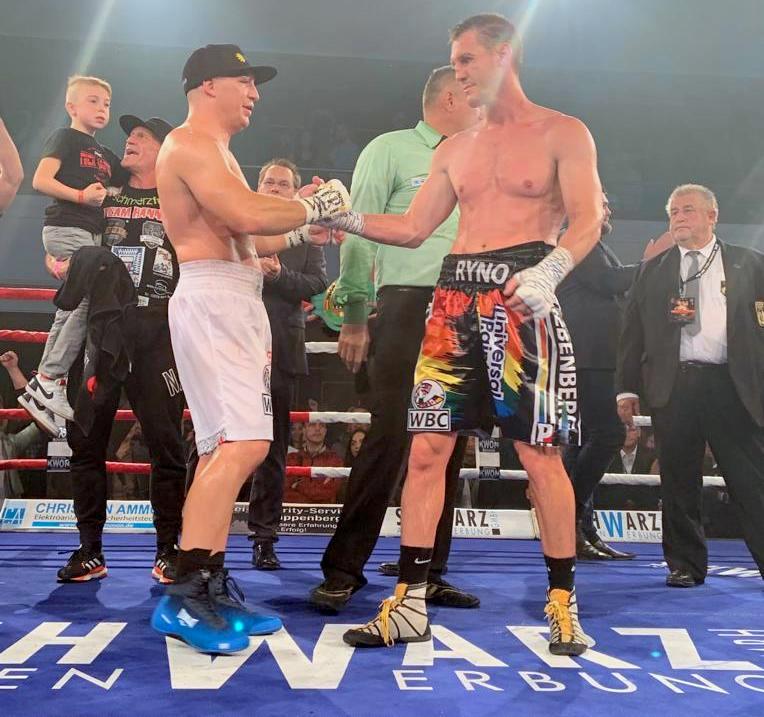 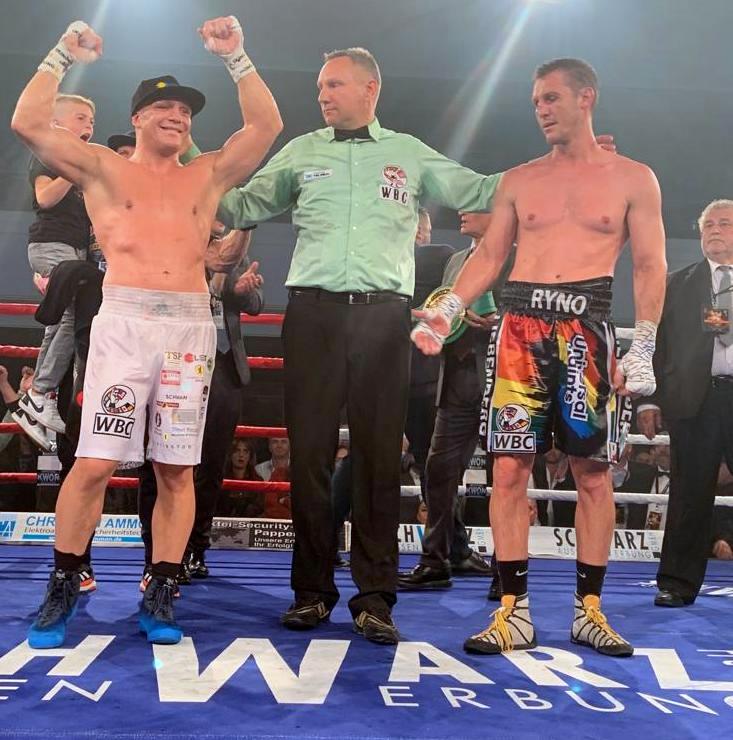 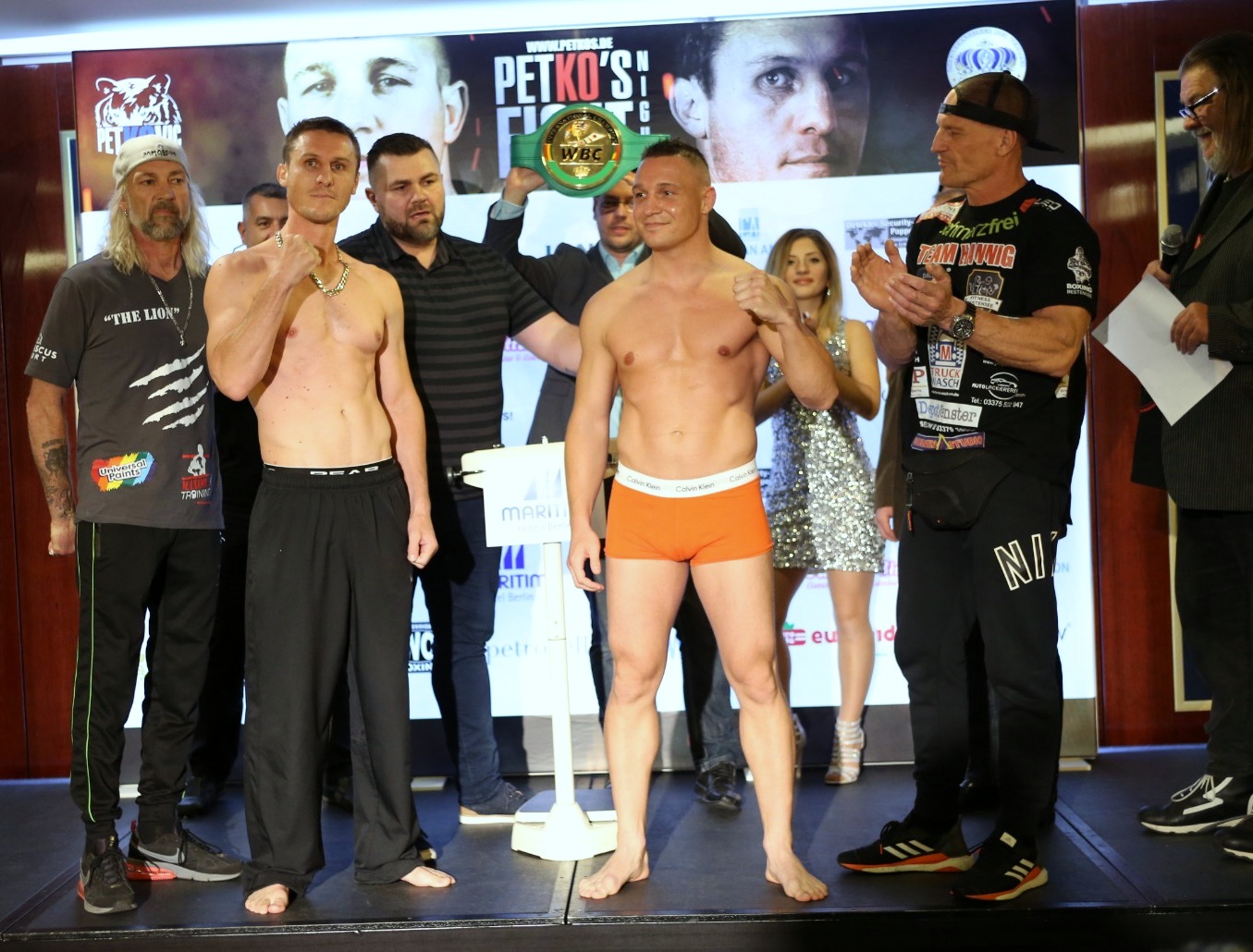 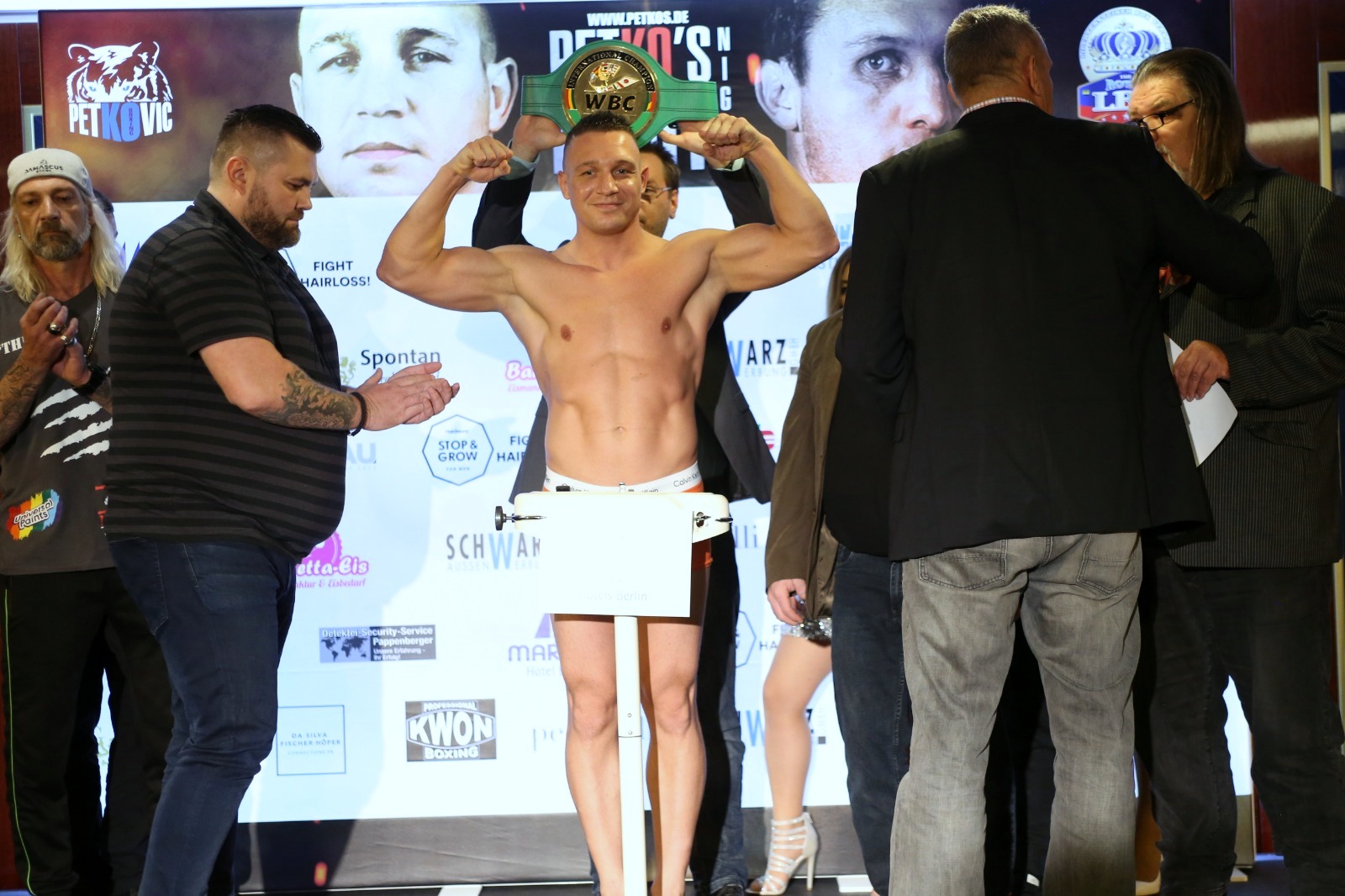 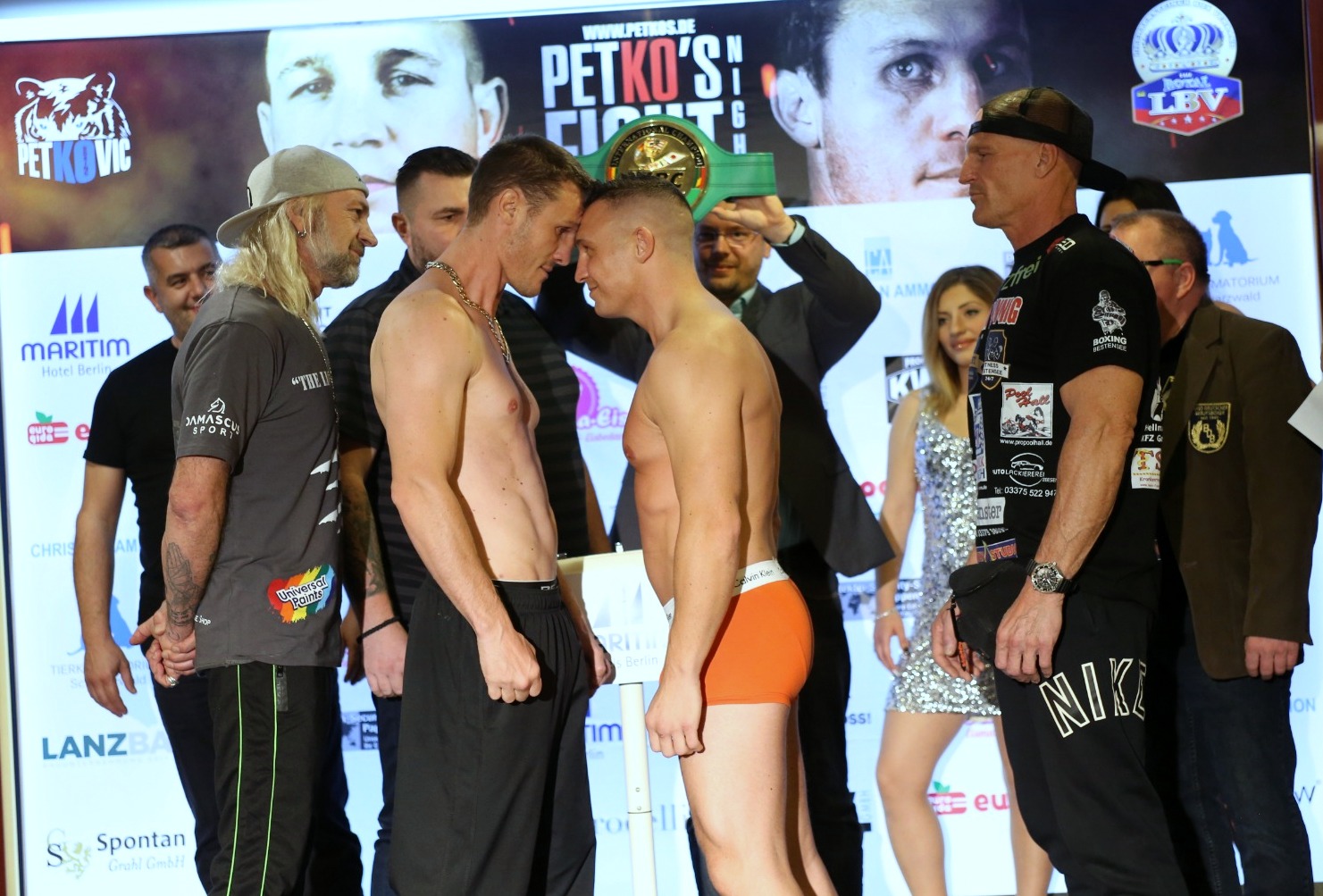 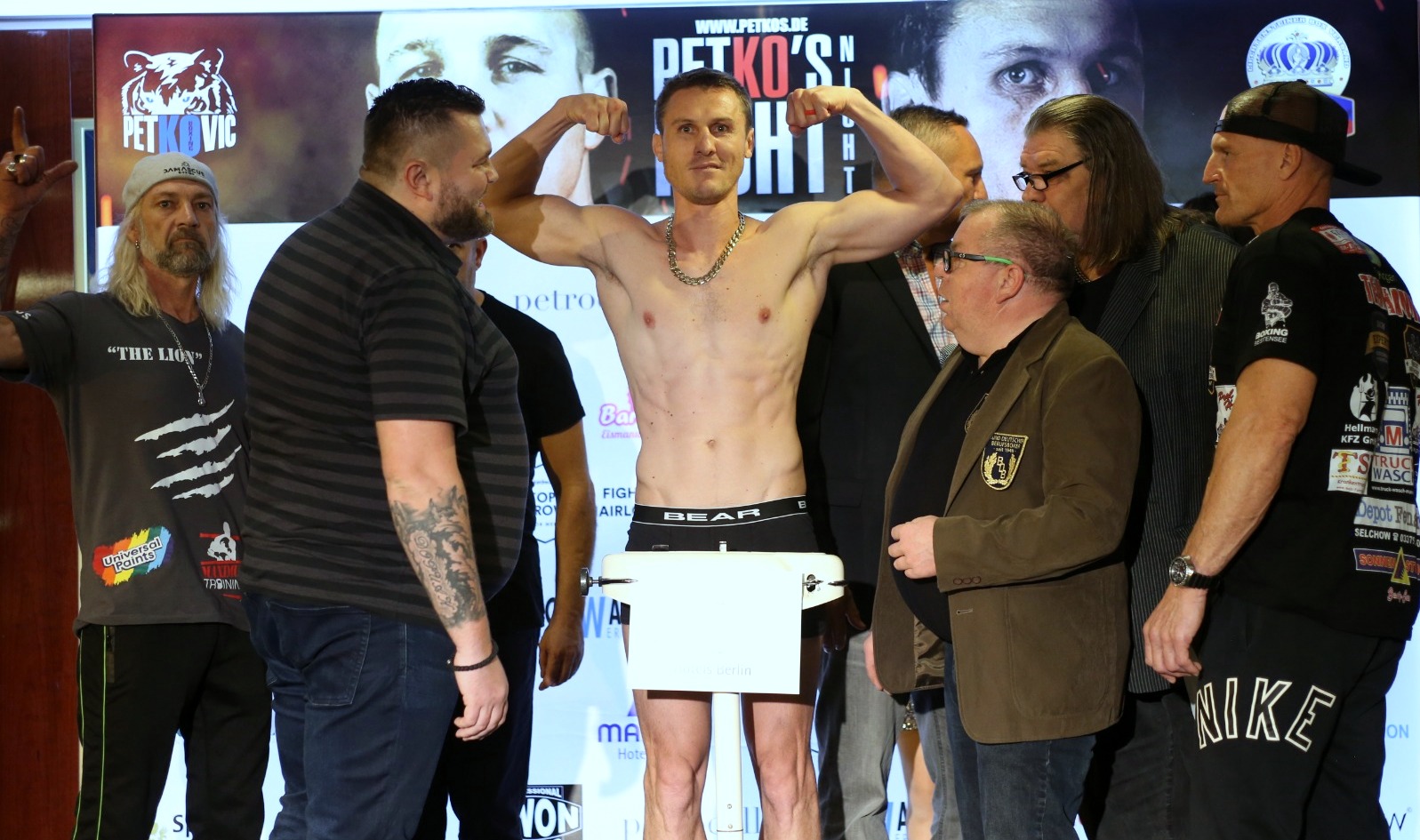 As reported above, NICK HANNIG had retained his WBC International 175Lbs crown with a hard fought Majority Draw against RYNO last July.   Final Scoring 114-114 twice (115-113 for the champion) 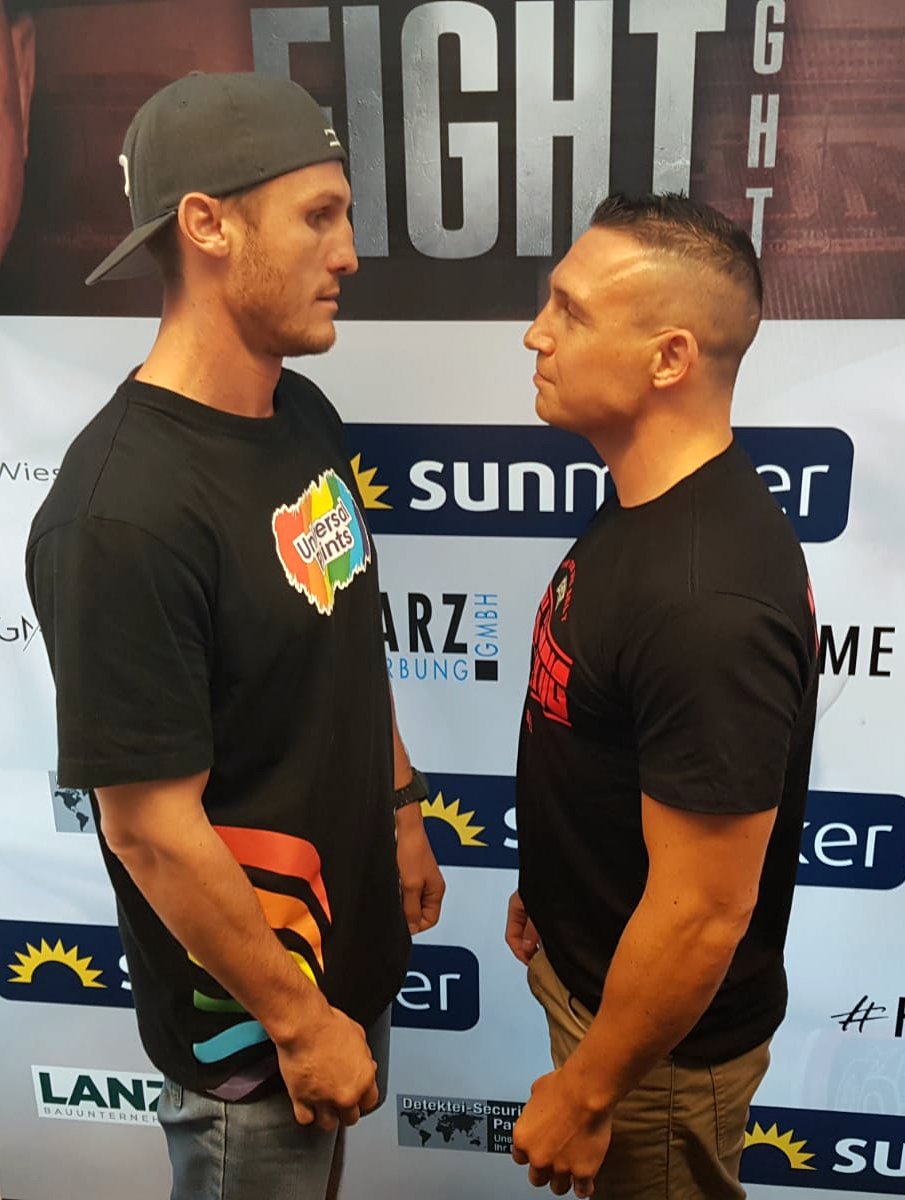